As you may have recognized from the last post I start using Linux more often. With the new upgrade to Gutsy, Ubuntu's performance is much better (that's at least my feeling on my notebook) and I really start liking it. Anyway, from now and then there are some problems you encounter (as Windows accustomed user :) ) for which you have to find a solution. I'd like to post those little problems here in order to help others.

Today for instance I switched on my notebook and while doing my stuff it came me in mind to listen to music. Since my girlfriend was studying besides me (she has to write her Bsc thesis), I plugged in my headphones to not disturb her. The speakers however didn't mute, as it used to be under Windows. It was strange since one may think this kind of switching the speakers on/off is done at hardware level. That's however not the case - at least it doesn't seem so.
The solution to the problem is quite straightforward (if you know where to search for it ;) ). The "Headphone Jack sense" has to be activated. Let's take a look, step by step:

Step 1:
Right-click on the volume-icon on the taskbar and open the volume control window. 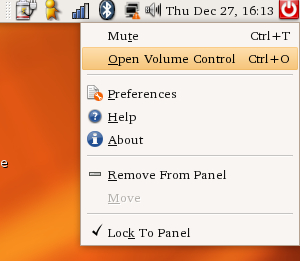 Step 2:
In the volume control window: 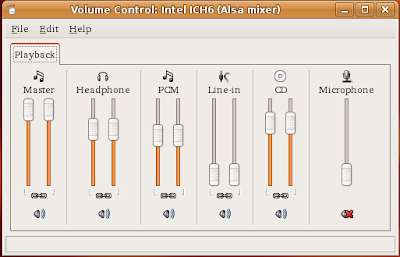 Probably the dialog looks as the one above. However to turn the "Jack sense" option on, we have to first activate the "Switches" tab. If you have it already, just go ahead to step 3, otherwise click on "Edit/Preferences". The following dialog will appear where you have to switch on the highlighted option. 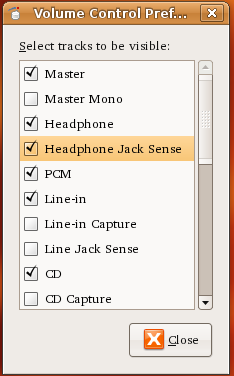 Step 3:
Now you should see the "Switches" tab. Click on it and activate the option "Headphone Jack Sense" as demonstrated below 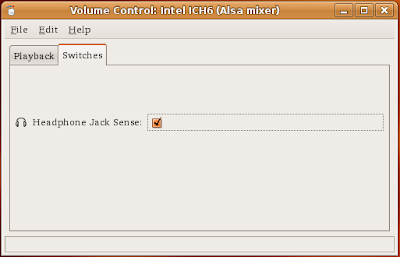 That's it! Everything should work now.
Questions? Thoughts? Hit me up on Twitter