Yes, the title is right ;). I know that I usually post computer science related stuff on my blog here, however today we have the Blog Action Day and I'd like to contribute a little to it (although I have my bachelor thesis presentation tomorrow...so wish me good luck). Today, bloggers around the world are encouraged to get unified, at least in what they post about. This year's topic is the environment. I've thought a while and came to decision to write something about the "water" :) . What I'd like to do is to list some facts, encouraging you to think about it.

Introduction
The Earth's water system (as much of the Earth's processes) is a pretty closed system, meaning that it doesn't gain nor lose much of it. The ecological has clever solutions for all upcoming 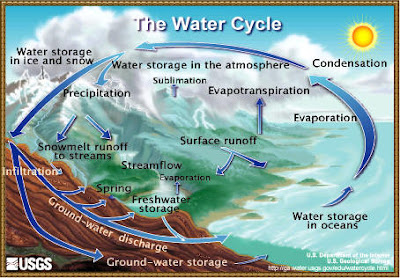 So...why do you tell me all that stuff?
I've chosen this specific topic because most of the time people talk about environmental problems such as global warming, garbage recycling etc., in a way as if these issues would be somehow far away. However they are often directly related to their everyday environment.
You stand up in the morning and you probably wash your face with fresh water. It's normal because water is not a restricted, nor limited resource. The problem is more the distribution of potable water and irrigation water which is scarce. I have to say that I'm lucky. I live at about 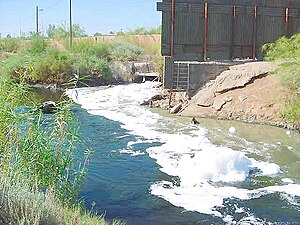 1,100 meters above see level, in a country, where water is not scarce. Drinking a glass of fresh, clear water directly from the water faucet or a near mountain stream, is normal for me. But in how many cities, especially large cities, people drink the water out of plastic bottles they buy on the super-market?
One of the major issues is the so-called "wastewater". It comprises liquid wastes discharged by domestic residences, commercial properties, industry and agriculture. A large amount of potable water is consumed by industrial processes and as one can imagine such large companies are often the biggest polluters because they do not treat the used water before releasing it into the next river.


In the developing world, 90% of all wastewater still goes untreated into local rivers and streams. Some 50 countries, with roughly a third of the world’s population, also suffer from medium or high water stress, and 17 of these extract more water annually than is recharged through their natural water cycles [citation needed]. The strain affects surface freshwater bodies like rivers and lakes, but it also degrades groundwater resources.

What can just the average person do??
Well you can just see that you don't waste the water. Try to treat it as if it was a limited resource. Irrigate your garden in the morning or evening when it has most effect, use eco-friendly washing-up liquids, have a (quick) shower instead of a bath and turn off the water when you brush your teeth (you can save up to 8 liters per day).

Other environment-related posts:
Questions? Thoughts? Hit me up on Twitter